On Sunday as I entered into my two week taper for IM Louisville I decided to take a crack at the Lums Pond Sprint Triathlon. It was really just as a tune-up for the IM and to make sure that I didn't forget how to race! I had planned on the Morgantown half the week before but we had the unexpected trip back to England. Besides, I hadn't raced a sprint triathlon since early in 2006 and thought that a nice short race could easily be fitted into the taper schedule.

There isn't really much to report on a sprint race as it is pretty much a splash, thrash and dash. Once again I went with the speedsuit rather than the full wetsuit in preparation for IM and I have no idea how they found the water to be 76 degrees! They must have thrown some ice in and then measured....it was like bath water. I had a typical swim and came out a couple of minutes back of the leaders as per normal after the half mile swim (as I have said before I plan on making the swim a major focus this winter). 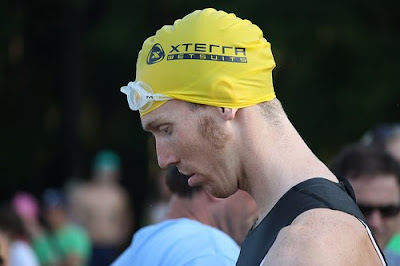 The bike turned out to be a little odd. It was 19.5miles and although I was happy with the 24.5MPH average that I put down, I just couldn't sustain anything above that. Yeah I know that I have been IM training, which focuses on long and sustained efforts but I thought I might be able to go above that average. Fortunately I felt as though I could have gone on at that average so that bodes well for IM. The bike did leave me behind the leaders at about 5mins though. 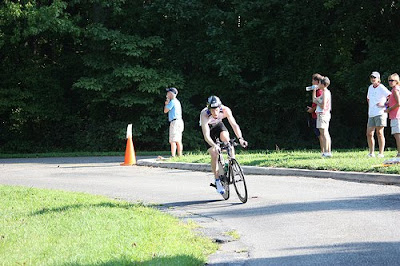 As everyone knows by the now, the run is my strongest element and I busted out the 2nd fastest of the day to gain a couple of minutes back on the leaders and end up in 5th overall and 1st in age group. 15mins 13secs for 3miles! (I think the course may have been a little shorter than that!). Overall my time was 1hr 18mins 22secs, just 9 secs from the overall podium! 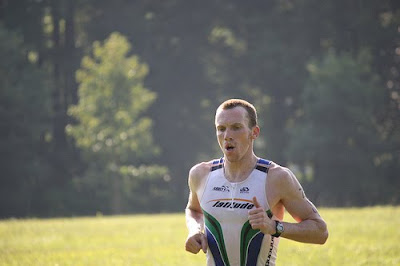 I knew coming into the race that I wouldn't really be a contender for the overall but it is always good to win your age group and get a good overall placing. It also gave me a shot of confidence heading into IM. These are the nervous times, when you start questioning training, fitness, race plan and everything....... 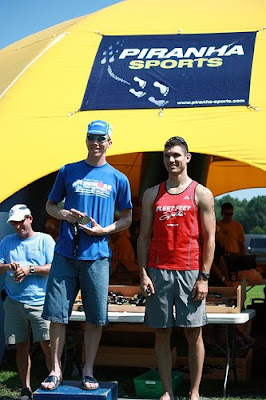 With fellow ABRT'er Brian Whitesell on the podium!
Posted by Iain Banks at Tuesday, August 18, 2009

Haha... great job again, that is a fun little race and good luck at the IM!!!