Blight of the Neighborhood.... 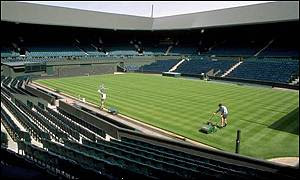 Today was finally the day that I always dread.....yep it was yard work day and in particularly grass cutting day. Sarah does a great job with our garden in terms of plants, flowers, bushes and trees and it is the envy of the neighbors. The grass (and weeds within the grass) on the other hand is my domain....and probably isn't the envy of the neighbors!

For the past few weeks I have dreaded hearing the humming drone of mowers around the neighborhood....our grass (and weeds within the grass) grew taller and taller and I was finding the very best excuses not to get out and mow it. Weekdays are always out as a) the daylight is short b) I need to go running/cycling (delete as appropriate) and c) it's the last thing I want to do after a work day and a workout!

So weekends it is and luckily the past few have been unkind from a weather point of view in that it has generally been wet during the afternoons after getting back from a ride.....obviously I can't cut the grass if it is still wet!

Today though was the day that the grass had to be cut....all the neighbors had cut theirs and it was only our garden that was left looking like a Wildlife Refuge. So despite going out for a nice 70mile club ride down to the beach (in 75 degree weather!) I couldn't prolong it anymore and after lunch the mower made its first appearance of 2008....the first of many especially during this late part of spring and early summer. Fortunately the weather was great and I could at least work on the tan at the same time.

I don't claim to be much of grass expert but I do know that our grass probably has much more weed than actual grass. Off to the garden store we went and promptly came back with enough stuff to make our grass look like Wimbledon's Centre Court. Or rather to look like Centre Court if I actually knew what to do with the feed, seed and other stuff that I have.....

Timing is of the utmost importance because as of next weekend the triathlon season starts in earnest with the Duathlon Nationals in Richmond, VA. The weekend after that is the first 1/2 Ironman of the year in New Jersey....which means that our grass won't get anymore love until at least May 10! By then it will look like the Jungles of Borneo and we will be able to start looking for various long thought extinct animals!

I therefore have a cunning plan! Hopefully some rain will come either tomorrow or Monday (after riding of course) and then I can spread the magical feed and weed product onto the grass sometime on Tuesday and Wednesday....probably by moonlight! and then voila, by the time May 10 comes around the grass should actually be grass and the weeds will be missing in action. Or so it says on the package!

It all sounds great but I have my doubts.....our neighbor last year put down some feed and weed chemicals which burnt and killed his whole lawn forcing him to completely re-seed....now that did look like a blight on the neighborhood. Lets keep the fingers crossed because we all know that triathletes don't have time to re-seed!
Posted by Iain Banks at Saturday, April 19, 2008