Yesterday was travel and a brief warm-up ride so today was the proper start of the camp. Most of us woke to sunny skies, Ace and myself woke to the sound of Mat banging on the door wondering if we were intending on having breakfast.....reminder to self: don't let Ace set the alarm!

For today's ride we headed north up the coast through Carlsbad and into Oceanside (start of RAAM and an Ironman 70.3m race). From there we rode along the inland trail and saw the imposing shadow of Mount Palomar....hopefully we will get up there later in the week (thanks for the tip about the apple pie Chuck). The weather was great with temps in the 70's, a light wind and not a cloud in the sky. 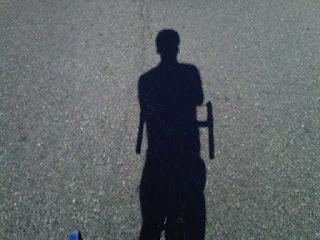 With bigger rides planned for later in the week we did 3hrs 15mins at a relatively easy pace and some tempo intervals thrown in. Heading back through Oceanside we saw the house that Kelly McGillis' character lived in for the Top Gun movie and stopped by the triathlon store Nytro.....wow, that was like having 8 kids in a candy store! By that time everyone was getting hungry and we found Raul's Mexican Food in Encinitas, a great little hole in the wall place. Definitely the best burrito I have ever had! 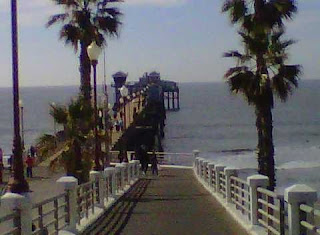 The hot tub was looking appealing when we all got back to the Hotel and with little persuasion it was full in minutes (Yet another note to self: watch out for bubbles in the hot tub when you are near Ace). It must have rejuvenated people as when I headed out for a 10 mile run, Mat, Ace, Denzil and Stu headed back out on the bikes for another hour. 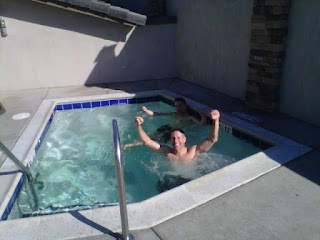 The run was great, I always love running in different places but running along the PCH and seeing all the beaches, surfers and cliffs has to be one the best. It must have been good as the run flew by and even with some hills I was clipping off a decent pace.....perhaps it was the burrito, perhaps it was the hot tub!

Tonight we have a skills and tactics session with John Howard.....isn't it just head down and go for triathlon? Tomorrow is a longer, harder, steeper ride after all we want the 30hr week!
Posted by Iain Banks at Monday, February 14, 2011