This past week all I seem to have done is eat, I've been Hank Marvin (Starving!). No longer than an hour after I eat I am hungry again and need to search around the house or office for fruit or some other healthy snack. My metabolism must have gone into overdrive and is probably due to the increase in training the past two weeks.

For much of February and March I had plateaued at 14 hour weeks but last week was increased to 15 hours and this week will be about 16.5 hours. Making gains in training and racing is often about breaking the boundaries and not settling for the norm. You need to change things up and strive to push the envelope just that bit extra. As I have often heard the meaning of Madness is to do the same thing over and over and expect different results.

With that in mind I decided to do the group ride last night on the TT bike and then make sure that the run off the bike was hard, fast and not just cruising along at a comfortable pace (having done an interval swim set in the morning). As per usual the group ride turned into a hammerfest and then I ran a rolling 35 minutes at 6:30 pace. Mission accomplished and it made the Belgian waffles afterwards that much better to know that I had earned them.

After another swim this morning though I am once again feeling the need to eat constantly and the plate of donuts in the office kitchen sure is looking tempting, especially that sour cream donut looking forlorn amongst all the more glamorous and glitzy chocolate frosting and glazed ones........ 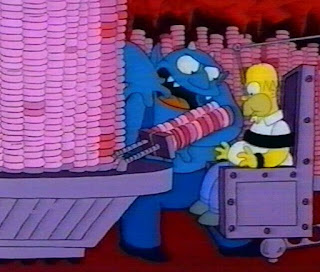