Over and done with - the first "Brick" of the year 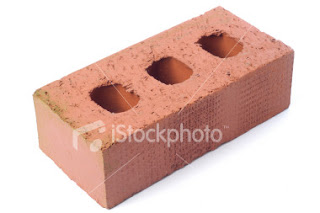 Last night was time to get serious and get the first "Brick" of the season over and done with. For those that have not been initiated to Bricks, it is the term given to cycling and then immediately following it with a run (it can also be a swim and then bike, any two facets of triathlons back to back really).

This kind of training is vital to triathlon and duathlon racing as it enables the athlete to "get used to" the feeling of running after a hard bike ride. The main purpose of the brick is to get accustomed to running on heavy bike legs until the running legs decide to take over and you can, if you are lucky enough, get on your merry way.

So last night was the first one of the season, which for me meant the first one since the 70.3m World Championships in Clearwater all the way back in November. It was only a short one with a 12mile bike ride on the trainer and then a 4mile run outside around central Bowie. Surprisingly I felt good on the run and was at a 6:30min/mile pace...now the key will be to keep that up for 13.1miles after 56miles on the bike!

As the season progresses the brick runs will become longer (up to an hour) and will generally be after every bike ride. With the daylight savings starting this weekend it brings the longer evenings and that means more bike riding...did I hear all the cheers out there?

Where did the term "brick" come from anyway? There are plenty of schools of thought on this one and I have yet to find a consensus on it. Here are some of the ideas:

a) Because the workouts are stacked one on top of another...like bricks

b) Named after world duathlon champion Matt Brick, who used them in training and thereby made them famous.

c) Because of the way your legs feel the first time you try to run off the bike.

d) It's a misspelling of B.R.I.C - Bike Run Interval Circuits.

e) Triathlon legend has it that Mark Sisson and Scott Zagarino coined the term after the lyrics from the Pink Floyd song while training one day.

All are true except "b". Zag and I coined the term. We had finished a 100 mile ride and a 10 mile run (which had been part of my training for 6 years already) and Zag said, "coach, I feel like a brick." From there I suggested that the best way to get through the "wall" was to make a hole pulling out one brick at a time. It took about 12 bricks to make a hole big enough to get through an actual wall as well as our metaphorical wall in a race. B.R.I.C. was a useful anagram we also settled on.


I first wrote about the brick in Triathlete Magazine in 1988 and then in my book "Training and Racing Duathlons" in 1989. Matt Brick had nothing to do with it.

Only bring this up because a buddy linked the question to me earlier today. I don't have many legacies in triathlon, so I need to preserve this one.