Thursday and 3 days to go. The first full day here in Maui and time to register and ride the bike course.  Race registration was the same old process although they did have a cool explanation of each and every Xterra Worlds race as this is the 20th Edition.  They had results, photos and memorabilia from each race starting back in 1996 with just over 100 racers....it is now at about 900 racers! We did get to see some bright flowers on the grounds though and the transition area is pretty spectacular! 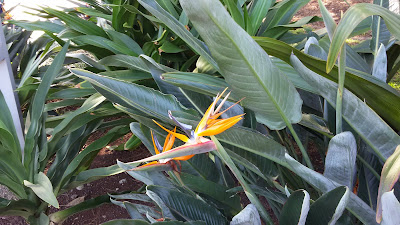 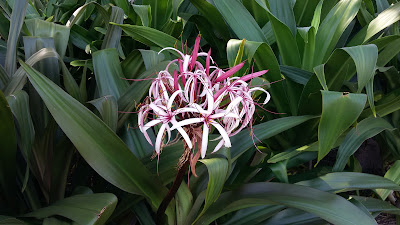 The main task for the day was to ride the full bike course. It's a crucial part of the build-up as you learn about the course especially the more technical areas of the trail and enables you to dial in the bike with tire pressure etc.  I headed out in the heat of the day at about 1:00pm with temps hovering at 85 degrees, not crazy hot but coming from the Fall in Maryland it felt hot and the wind had died down over night to just a slight breeze.

As expected the bike course was a tough one, part due to the nature of the course -  3400ft of climbing in 20miles including 5 mile climb straight out of the gate to Razor Ridge, the heat and the lack of power in the legs which I am hoping was the travel and lack of sleep from Wednesday. Technically there isn't much to worry about, it is simply the relentless climbs which are both long and steep....yes it is true that what goes up must come down but the physical exertion of going up far outweighs the time gained coming down.  With not feeling great on the bike I took the ride as easy as I could but you get to a point where you need to lay down the power just to get up the climb. Take a look at the profile...from sea level to 1200ft in 5 miles. 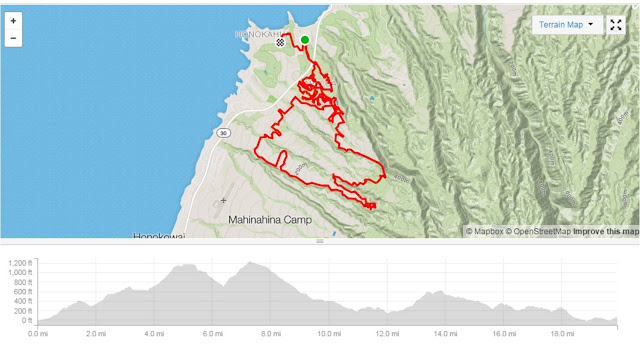 To be honest I was pretty wiped after the ride so the rest of the afternoon was spent just re-hydrating and refueling. On race day it will certainly be a battle of pacing, hydration and nutrition as well as having good legs. Overcooking it too much in that first 5 miles will destroy your whole day. The Orbea Oiz however was great and with the somewhat primitive trails at times the full suspension Oiz was definitely the right bike for the course.  It's performance was outstanding today and saves a ton of energy and exertion on a tough ride.....anywhere you can save energy will be critical on race day.

Has the pre-ride of the course today made me change my expectations? Perhaps a little but then again it will be the same for everyone. There were a number of people that were looking worse for wear on the side of the trail today and I had only one racer overtake me, so as bad as I felt, it was certainly worse for others.  It's important to trust in the training and fitness with tomorrow being another day to ride after a good nights sleep. I'll take in the lower bowl tomorrow which is approximately 8-9 miles (the first 3 miles and last 6 miles) and will get out earlier in the morning which will be closer to race conditions.

On a slight side note, we did have Maui Coffee Company coffee this morning, grown locally on West Maui.....When in Rome and all that!
Posted by Iain Banks at Friday, October 30, 2015