March just blew by.....Wow!  From a training perspective, it was nothing at all to write home about, so I won't even attempt to ramble about that (you can see the monthly totals at the end).  The good aspect of March is that the road racing season came in full force and already I have raced more than I have in the past two seasons!  Four races and three team wins to date...

First up was the New Jersey Spring Series, where a few of the ABRT crew headed up, raced, took the money and won.  Of the three races we competed in we won all three.  Ace demolished the 45+ field to start with, then Pat and I rode the perfect race to get him to the win with a textbook lead out and sprint. In the final race of the day we all raced and Ace soloed away from the start and won, while Pat and I patrolled any attempts to catch him.  Check out Pat's video of the Cat 3/4 race he won...


The good news is that with the greater emphasis placed on training this winter for road racing, it appears to have paid off.  Those first races in New Jersey gave me some confidence that I could race and be active rather than just hanging on for dear life.

The next race up was the start of the MABRA race season at the Black Hill Circuit Race. For this one I took the plunge and entered the 35+ 1,2,3 race, so yes Big Boy racing!  Besides it was the only race I could do as we had a date with the Terps in the NCAA Tourney later in the day.  My sole goal for this race was to try and hang in. For those not up on their road racing, the difference between a Cat 3 and Cat 1 is pretty large in ability terms!

Let's just say that the major wreck on the first lap that I somehow missed didn't do anything to settle me down but after a 20min neutralization it was game on again and surprisingly it turned out to be tons of fun. The field is certainly much smoother as the ability increases and I think that helped me, either that or I do actually have some fitness at the moment.  The unofficial game plan was to get Pat into a position to unleash his sprint at the end so after doing some chasing of breaks and the like, I took a flyer with 2 laps (of the 1 mile course) to go. The hope was either to hold off the charging pack or at least string it out to give Pat a cleaner look at the finishing line. With just under a lap to go I was caught but the field was strung out and the video shows the rest.......

Boom....Pat is two for two in sprint finishes and is now a marked man!

The final race of March was this past weekend at Jefferson Cup in Charlottesville, VA....the historical season opener for the MABRA calendar. The Cat 3/4 was scheduled for 60miles but was shortened by a lap to 50miles what with the 40 degree temps, rain and wind, a day for the hardmen! In a sadistic kind of way it turned into a fun race. Again I felt as though I had good legs and was able to be active in the race rather than just a passenger.  With two laps and 20miles to go I took my shot at glory, hoping that a few others would want that shot as well.  It took a while but gradually my solo effort became two, then three and then six.  We had a gap over the field and were working well together. The weather had ground everyone down and with a lap to go we were still away from the field and a sizable gap.

With about 5 miles to go our small group started to splinter and my call to engine room came back with a distinctive message.... 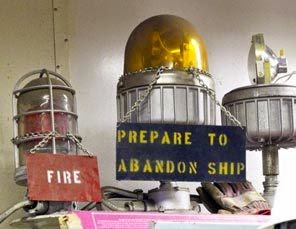 There was nothing left and a potential podium finish went riding off up the road as me and two others slowly got pulled back to the peloton with a couple of miles left.  The remainder of the break stayed away and fought over the podium spots....it was one of those days, what if?  On the positive note you have to be in the break to win it and I'm glad that I was able to initiate the winning break, next time!