A number of the ABRT crew headed up to do a double header of Pennsylvania races this past weekend. The arrival of the heat was a bit of a shock to the system but I like racing in the heat and so wasn't displeased.

First up was the 4/5 Turkey Hill road race on Saturday afternoon.....it ended up being a jaunt around the country roads of Lancaster County really. The race wasn't long enough to break the field too much, although we did end up with a finishing group of about 20 riders. There were three of us from ABRT in the field and as much as we spent all the time at the front, any attempts to break were quickly reeled in. This would have been a much better race if a) it was longer than just the 40km (I know, for a road race) and b) they had sent up the wall at least once. At least the free ice cream and lemonade was good!

After spending the night in Carlisle there were five of us that raced at the Carlisle 40km TT the following morning. This was a cool race, very informal, just turn-up and pretty much go at 1 minute intervals. It was the first time that I had done a TT in a long while, since back in 2008, and so I didn't know really what to expect. I have been riding well lately and so wanted to get a sub-hour t-shirt for me efforts :-) 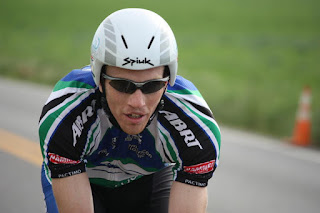 The course was rolling with a general climb for the first half of the out and back and obviously the descent on the way back. I went off at the same time as a tandem and for the first 10km or so I would overtake them on the climbs and then they would zoom by on the descents. It was actually good practice to keep the distance so not to draft, which is important for triathlon. The legs didn't feel too good for the first 10km, probably a little heavy from Turkey Hill, but they warmed up and I got to the turnaround in 29:30.

The way back was fun, as I said it was generally downhill and you could really motor. The Kestrel Airfoil and FFWD wheels were really rocking and brought me to the finish line in 56mins 40secs. Good enough for 7th on the day and first amongst Cat 4's.....just a shame there were no BAR points for it. It was a good day for ABRT as we all went under the hour and so could claim the sub-hour t-shirts :-) 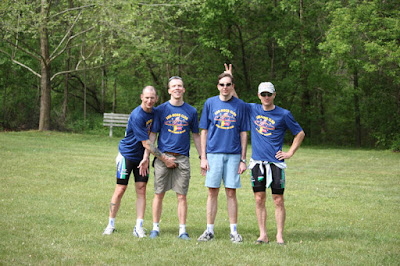