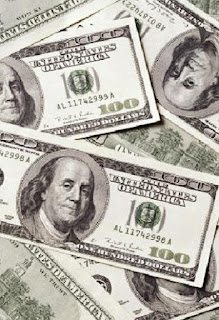 The cost of triathlon has been discussed in many forums recently and I am sure that in these days of rising gas prices and everyday living costs, it will become even more of an issue. The reason that I bring this up is that in the past month I have entered for three races, two of which are later this year (70.3M Worlds and ChesapeakeMan Ironman) and one is for next year (Eagleman 70.3M already!). The total cost of these races was $890....yep just under a grand for three races where I will have to flog myself to exhaustion and countlessly wonder why I do these events anyway!

Not that I am complaining (although Sarah might be after reading the costs!)....I could have many worse vices in my life and at least triathlon training and racing is in many ways a healthy way of life. The cost of racing, travelling and training has to be a major consideration for all triathletes and I dread to think how much we spend each year on fueling the multisport lifestyle.

So far it appears that the thirst for Ironman races and the 70.3M series of races are not slowing down and it is borne out in the fact that Eagleman 70.3M opened on July 1st, a full 345 days from the 2009 race date and in the first day it sold over 1200 spaces of the allotted 2000 available. I am sure that on July 21st when Ironman Lake Placid opens for 2009 registration I will be extremely lucky to get a spot when I am trying to register online....Ironman races aren't cheap at $500 a race and that's not including travel, accommodation costs that go with it. Most of the North American Ironman races sell out in minutes!

Thinking of my race season, I would love to race a full Ironman race every year but the costs involved almost make that a no-no....and hence why I think some of the independent Ultra distance triathlons will begin to grow. Not only are they cheaper to enter but for many they can be more local and in locations where travel and accommodation can be done on a shoestring.

At the end of the season I will try to add up all of the costs of my "racing" season and I am sure that I will be astounded by the overall cost.....but in the end does the feeling of competing and finishing races as well as the benefits of training outweigh the fiscal costs? I know for me it certainly does and that is why I live the triathlon lifestyle.......
Posted by Iain Banks at Tuesday, July 08, 2008