The Final Countdown......yep its Eagleman week!

Finally taper time has arrived and we are into the final countdown to Eagleman....the first "A" race of the year and the time to let everything hang out. We have 6 days to go, the taper started on Thursday with workouts being shorter but maintaining some of the same intensity to keep sharp.

The World Championship slots have now been tentatively allocated with our age group (30-34) having 2 for the Ironman Worlds and 3 for the 70.3 Worlds....to get these is going to be one tough fight! Obviously the slots may change on race day depending on how many start in each age-group, we may get more, we may get less! Lets hope for the former.

The weekend was nice and relaxing. Saturday was extremely lazy after a morning ride and then watching the Giro while the rain outside made the garden look like a swimming pool. After a leisurely dinner at a local restaurant we all lounged on the sofa and watched the film "300"...now if those guys aren't on "roids" I don't know who is!

On Sunday, after a leisurely hour on the bike, it was off to Arlington, VA to watch the CSC Invitational bike race, which features some of the best pro's in the US as well as the European squads of CSC, Slipstream and Team High Road. As always the sun was blazingly hot and Magnus Backstedt and Roger Hammond amongst others made for a great race. As is tradition we also made our yearly visit to the Cheesecake Factory and despite prepping for Eagleman I couldn't resist the opportunity for some Kahlua Cocoa Coffee Cheesecake! 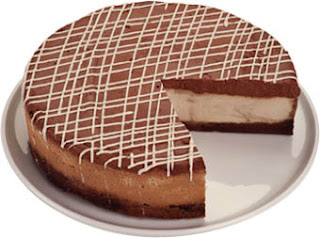 As the week goes on I will try to share more of the build-up to the race....I don't think I have ever trained so much for a single race ever, not even Ironman Florida in 2006 so it literally will have to be KONA OR BUST!
Posted by Iain Banks at Monday, June 02, 2008