A few weeks ago I posted about having some moles on my back removed as they looked suspicious according to the dermatologist. I'm not sure what a suspicious mole looks like but I was hoping she wasn't going to use a mallet! 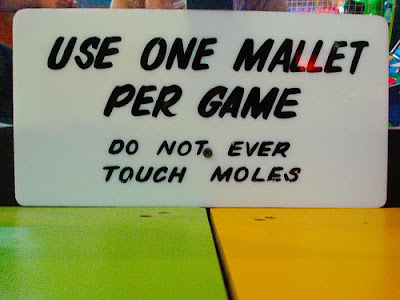 Anyway I went back yesterday to have the third mole out and get the results from the first two moles. One was severely atypical and one was moderately atypical....what does that mean? Well it basically means that they are more susceptible to turning into melanoma's and as such I have to have more of the area around the mole removed.

All in all it means that I will have further surgery in early January and will have to spend more time away from the pool. I should be back in around the end of January. In the meantime I'll be working hard on the bike and pounding the streets.....may have to use those elements to make up for the poor swimming :-) Fortunately the first triathlon of the season isn't until the first week of May so will have plenty of time to get back to some sort of swimming speed!
Posted by Iain Banks at Friday, December 19, 2008