I have been meaning to post this for a while now and have only just got around to it. Shortly after the Duathlon World Championships in October and prior to the 70.3M World Championships, the local paper, the Bowie Blade ran a short article on my exploits. It is pretty cool as they included a race picture as well as a brief race report and I even managed to get them to mention ABRT and our sponsor Latitude, Inc. Even though it's only the local paper it not only gets me some coverage but also the team as well as the sports of duathlon and triathlon. The article is below. 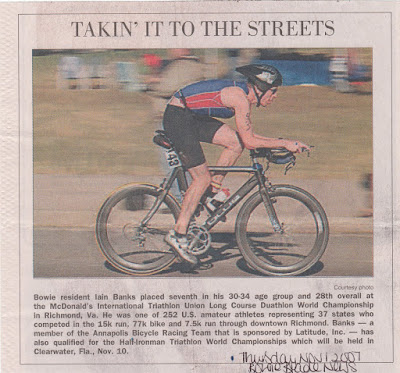